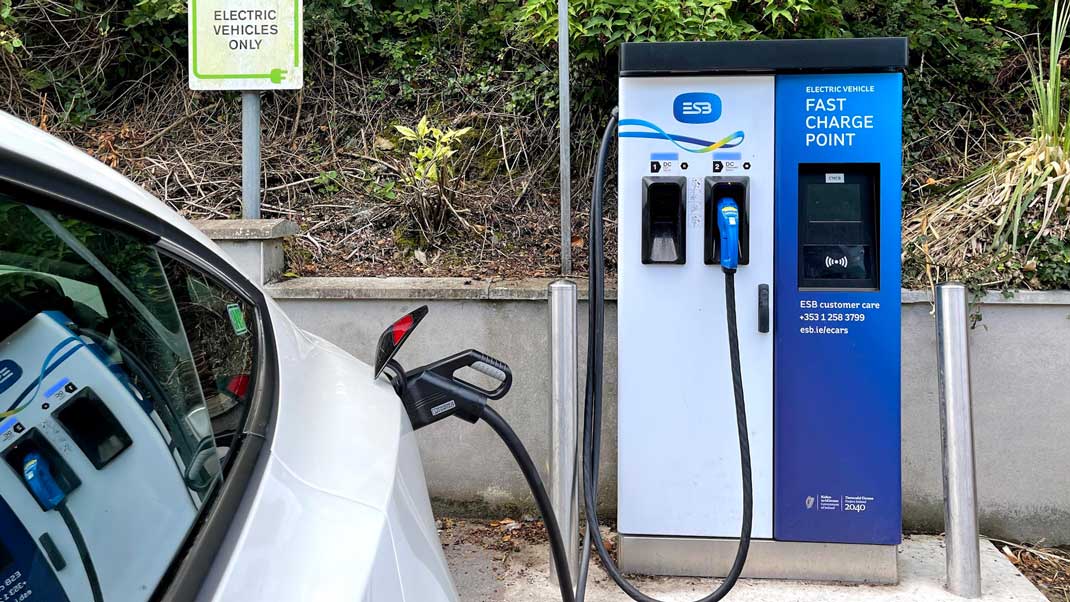 This year our group made the transition from NIEVO to EVANI, a new not-for-profit, community interest company.

We have focused all our efforts in 2021 so far on raising awareness around the terrible public charging situation here. The highlight of our lobbying was our presentation to the Infrastructure Committee and we have held a further 84 meetings, engaging with more than 50 stakeholders in the first 6 months including;

The first half of 2021 also saw the launch of our Public Charging Survey, plus the release of our 6 Step Plan for change here.

At almost every new meeting we gain knowledge of some unique aspect peculiar to Northern Ireland. Here are just a few examples;

Despite all of the above we’ve seen a few private investors suffer the slings and arrows, fighting through to open their own public chargers here this year, including Maxol Antrim and The Lisburn Bowl.

ESB has begun the rollout of the first 15 replacement chargers here. At our Q3 meeting last week ESB confirmed that 4 of the 15 have now been installed (3 in Derry/Londonderry and 1 in Newry). There has been a slight delay on the delivery of the balance of the new equipment and they are now due around mid-August and should be fitted by the end of September. ESB hopes to release the locations for the other 15 AC chargers before the end of September too.

We continue to see chargers blocked by inconsiderate drivers here, up to 20 hours at a rapid for example. We strongly believe that many of these problems can be solved overnight once ESB turn on ‘pay-to-charge’. This would also remove another barrier for investors who believe that it’s not possible to compete in the NI market with the free ESB network. ESB say that they are continuing to consider our request but that this will not be done “in the next few months”.

ESB are continuing to work with DfI and are also exploring new avenues for the matched funding required to replace all the hardware here.

We also held our latest meeting with the Utility Regulator last week too, which was a day after they released this decision on electricity network reinforcement to support Low Carbon Technology.

We discussed the smart meter issues mentioned above and it’s clear the Utility Regulator believes this needs to happen, although ultimately the decision is down to DfE.

Let’s hope movement on this comes from the new Energy Strategy which EVANI submitted a response to earlier this year. We will have to wait until the end of 2021 to see what the new document is set to deliver.

Things become very stark when we compare progress here to Scotland. Take a look at the 64 chargers at this single Park and Ride, recently opened outside Stirling. Meanwhile DfI appear to argue none are required at any such facility in Northern Ireland.

Last year we met with DfI Minister Mallon and in an effort to quickly maximise our existing infrastructure we asked for the 2nd spaces at each double headed charger to be painted green. It has taken from last October until now to receive the list from DfI of council owned car parks with one space painted (we are still waiting for the list of similar sites controlled by DfI).

It has been up to EVANI to contact each council to ask for this change, rather than DfI, and that speaks volumes. The section that we have been working with in DfI seems to have just 2 members of staff and while they are working hard to help us, they appear to be vastly under-resourced and mired in red tape.

DfI officials are still referring to the charging market here as “nascent”, some ten years after it rolled out, while also admitting that “on many of these issues the department does not have expertise”. It still seems to be commissioning endless research too, meanwhile plug-in car sales tripled here in 2020 vs 2019. When will the talking end and the actions commence?

On the 10th July we did write to each council and so far each local authority that has responded has committed to completing the works required – some have already started to paint 2nd spaces green at AC sites which is a great positive step.

Councils here have formed a working group so they can claim the ORCS Grant. Last week we asked OZEV / EST for an update to see if any council from NI has applied yet and they told us’

We have not received any formal application from any of 11 councils yet. – Energy Saving Trust

It’s disappointing that there is still not a single application to bring some of this money to Northern Ireland. These residential chargers are particularly important as there also appears to be no policy or mechanism in NI to allow homeowners without off-street parking to cross the pavement to their vehicle to charge an EV. Nor do we have the rapid charging hubs that could offer an alternative method. This effectively precludes 30-40% of our population from owning an EV here at present.

Looking at DfI’s own figures from their most recent Travel Survey for Northern Ireland;

So, optimistically, trains might represent around 5% of distance travelled in NI, while 83% is by car. DfI have spent £60M on new carriages and just announced a £10M project for a single train station here. Goodness knows our public transport needs huge investment, but we want to know why DFI has spent practically nothing on EV infrastructure, bar the relatively small £455K of matched funding for the Faster project which is still 2 years away and, for context, is less than the money spent on this 1 mile resurfacing job.

The imbalance is staggering. Vast sums are being allocated to projects that represent a tiny portion of our transport Greenhouse Gas emissions, with next to nothing on the sector that makes up 83% of distance travelled here.

These latest government electric vehicle charging statistics (July 2021) are damning and continue to highlight just how serious the issues are here. This chart for example shows Rapid Chargers per 100,000 of population, for a fair comparison across the UK regions;

On one hand DfI seems to abdicate responsibility for this EV infrastructure mess, often quoting a variation of this paragraph in replies to letters and Assembly questions;

The electric vehicle public charge point network is operated on a commercial basis. It is currently owned by the Electricity Supply Board (ESB) and ESB is responsible for the operation, maintenance and development of the network – DfI

However, department officials have also said;

We need to look at the market and work out what gaps the market is not going to fill, what we need to fill. – DfI

And Minister Mallon has mentioned using her Blue Green Fund for EV infrastructure too.

…through the Blue Green Fund, is there potential there for my department to play a more proactive role in terms of supporting the improvement of the infrastructure. – Minister Mallon

Confused? So are we, although our Secretary of State confirms DfI are responsible.

There are additional complications too as the minister is still seeking clarity from Westminster on what money NI might receive from Project Rapid, announced back in May 2020…

Officials also continue to engage with OZEV regarding funding for “Project Rapid” and we are awaiting confirmation as to whether it applies in the North at this time, and/or if it is allocated via the Barnett Consequential. – Minister Mallon

With little more than 100 months to the 2030 deadline, this executive has profoundly failed to plan, never mind deliver, the infrastructure required for the transition to sustainable transport here, and with it, the work required to decarbonise the vast majority of miles travelled.

We once again call for the executive to quickly form a cross-department EV Taskforce, along with stakeholders like EVANI, with powers to cut the red tape, end the years of talking and urgently turn things around here.

Join In – Your efforts are making a difference and EV issues are now on the executive’s radar like never before. We encourage you to continue to use our resources to contact your Councillors, MLAs and MPs and keep the pressure up.

The workload of the group has grown significantly in the last few months and our board of volunteer directors has recently been joined by several members on our new EVANI committee. If you can offer some influence in this area, have the time and the passion to get things done then please get in touch.