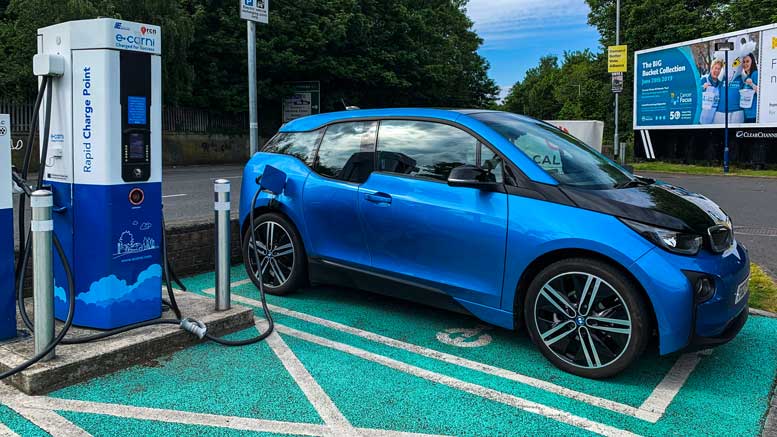 NIEVO members’ frustrations are never far from the surface when it comes to our public charging network and we met with representatives from ESB again yesterday to discuss the same old chestnuts.

This time we passed over a list of 26 chargers that were either showing as down on the eCarNI map and / or had been reported by our members in the previous 24 hours.

Our meetings and calls with ESB have always been friendly and courteous over the years, but there has been little to report in the way of progress. While our friends in the Republic can look forward to the recently announced €20M investment, there’s been no real change in the situation in Northern Ireland since NIEVO formed in 2016. If anything it feels like they have gotten worse as our ever-aging equipment seems to fail more and more often.

But at last there’s some good news on the horizon.

For the first time things look set to improve with ESB confirming to us that they will commence a replacement programme for 33 of the AC chargers around the province (66 charge heads) starting later this year. Conor O’Brien told us…

We have plans to improve reliability across the charge point network in Northern Ireland through a replacement programme. As part of this plan we will be replacing Cromac Street, Adelaide Street, and Stormont Hotel in Belfast in the coming months. In addition we will be replacing a further 30 unreliable Standard AC chargers towards the end of this year and early next year. This equates to over 20% of the existing Standard AC network.

Here is the list of chargers that we gave to ESB yesterday, along with their reply for each one. 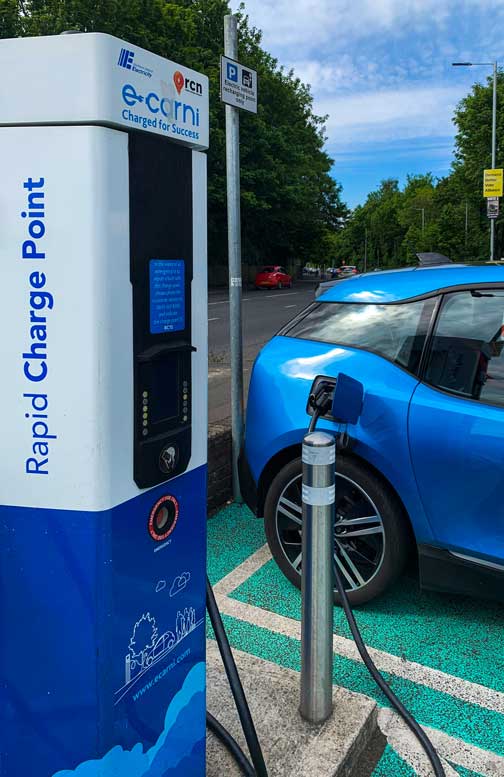 So what about our Rapid Chargers? Most people agree we need many more and with the huge raft of new EVs that are launching over the next 12 months, nearly all using the Combined Charging System, the 8 CCS chargers that currently cover the province are not going to come close to serving our needs.

As we always point out, ESB are running the network in the North for free, giving away all the electricity as well as repairing the old hardware too. When our current charger network rolled out around 2012 it was seen as a pilot project by ESB. The grants that funded it have long since dried up and we currently find ourselves in a stalemate due to the following conditions…

As with many other things in this part of the world, the lack of a working Assembly means we don’t have anyone to lobby, let alone pass the legislation.

We first contacted Northern Ireland’s Utility Regulator in November 2018 and we got in touch again this week for an update on the progress of that legislative change.

First of all, they were keen to reiterate that it has always been the case that ESB (or anyone) can take payment for the electricity at EV chargers, although only at the supply cost, not with any added element for other costs or profit to make the provision of the service viable.

With regards to making the required change to the legislation, the Utility Regulator told us they are due to publish a consultation paper on the subject “fairly shortly” which will invite responses from stakeholders and members of the public alike.

Once the consultation period is over, which usually lasts between 8 and 12 weeks, the regulator will review the data and decide if it can make the legislative change alone or if it will indeed need to involve Stormont.

It’s not just EV drivers that are chomping at the bit to get things moving either. Investors are waiting in the wings to provide these much-needed services to electric vehicle drivers in Northern Ireland. There was more good news when we talked to Evermore Energy and asked them about their intentions. They told us…

“We are working with ChargePoint, the world’s largest network of EV charging stations, and our plans include the development of a network of rapid chargers across the whole Island North and South”. 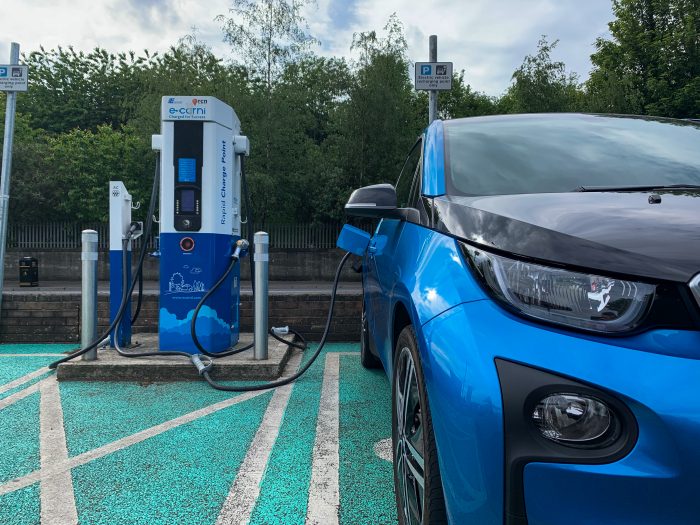 This is the first positive news to come from ESB and it’s very much welcomed. We hope this initial 20% replacement program is just the begining.

Reading between the lines it sounds very much like it’s going to be 2020 before the Regulator gets the legislative changes we require. The glacial pace of this process is very disheartening. Surely the need for this change hasn’t come as a surprise? Why was it not being worked on years ago, or completed at the same time as GB?

In the meantime let’s hope our politicians get back to work quickly and once that happens we would encourage everyone to lobby their MLA for a speedy resolution to this issue.

There have never been more dire headlines regarding the climate crisis and air quality than of late. ESB, Evermore Energy and no doubt other Investors are ready to get to work, so let’s get rid of the barriers preventing the transition to sustainable transport.

Northern Ireland PLC needs to get its act together, and quickly.