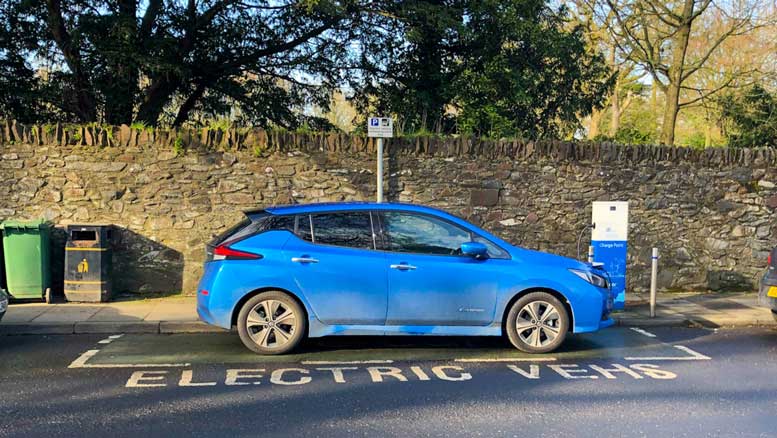 Whilst there’s great news that year on year EV sales figures doubled in NI for 2020, we are seeing many new owners suddenly discovering the bad news about the state of our public network as they try to charge their new cars for the first time.

It certainly feels like the network is in its worst state ever at this point and during our latest Zoom meeting with ESB on the 14th January, we expressed the feelings of our members in strong terms. We passed on this comment from one of our members which sums up many of the issues well…

My drive to Belfast is almost to the point of using my wife’s Diesel. Because the stress of not getting a charge on my university run from Castlerock to Belfast is getting too much. Templepatrick (broken for weeks or months) and with Shore Road and Boucher Road always either broken or having queues of 3 cars (me the 4th) it’s not worth the stress. Then there is the complete lack of CCS between Belfast and Coleraine. In my hometown area we have 2 AC units and both have had 1 side broken for months leaving only 2 spaces to service the NW triangle area. (SC49 & SC142)

It’s not easy when you have to consider giving up your EV due to more and more broken rapid chargers. I cannot afford a new EV so I bought a used Nissan Leaf, but if things don’t get better soon I will be forced to sell it and go back to a fossil fuel car again.

We submitted details of 10 DC and 28 AC chargers with long term issues to ESB (as reported by NIEVO members). This is by no means an exhaustive list but it provides a good insight into the dire state of our charging network. ESB replied today and their comments on each charger can be seen in the table below (click image for full size version).

So what are ESB planning to do to improve things? Back in May 2019 they told us they were set to replace 33 AC chargers, but by the following Summer it was clear that planning issues had stopped the work after only 3 units had been installed.

These problems were eventually solved with a change in legislation by DfI in late 2020. So here we are, back at the same place we were almost 2 years ago, with ESB working through a new tender process to start to replace these AC units again.

ESB has committed to replacing 30 Fast AC chargers and a number of Rapid chargers with new chargers and we are currently engaging with suppliers in relation to sourcing suitable equipment for delivery in the coming months.

We are currently in discussions with suppliers following a mini tender process and will update you on timelines following our discussions with our suppliers. However the focus will obviously be on chargers which are not working and are located in urban areas which have higher demand.

Everything seems so much more difficult than necessary in Northern Ireland. Another revelation is that these replacement AC chargers also need to be modified for NI to provide a meter in their base – something that ESB has not been required to do for any other part of the UK or RoI. Why!?

The 20+ new DC Rapids that are promised with funding from the INTERREG Programme may well be operated by ESB, if they win the tender. But there’s still no timing or location information available for this project. We held a Zoom meeting with Andrew Muir, MLA last night and he has agreed to ask the DfI Committee, of which he is a member, for more details.

Regarding our current network of DC chargers ESB told us…

There are 12 Rapid chargers in Northern Ireland which are no longer supported by the original manufacturer. This means that they no longer provide parts to fix them. This is a recent development for 9 of these chargers and as such has resulted in a number of these chargers either being out of order or their outputs curtailed. The result is that alternative sources for these parts need to be found and this is being investigated currently however it is not a simple solution and will take time to resolve.

That’s the same old story we’ve been hearing for years now. Decade old machinery that’s being kept on life support with refurbished parts and soldered repairs. These temporary fixes to obsolete equipment are also the reason we’re seeing reduced power and lack of ability to vend AC simultaneously for many of our rapids.

The only long-term solution is to replace our antiquated hardware – ESB tell us this would cost around €30,000 per unit.

ESB operates a network of approximately 150 22kW AC Fast chargers in Northern Ireland and 17 DC Rapid chargers. There is currently no cost to electric vehicle ( EV) drivers for use of the network. For the last numbers of years ESB has subsumed all costs associated with the operation of the network including staff costs, maintenance contractors, parts, 24/7 – 365 customer call centre, charge point management system and the cost of electricity used by electric vehicle customers. All of these costs are borne by ESB and there is no subvention either by government or electric vehicle drivers.

They remain insistant that the only way they will progress with the 7-figure project to modernise our network is by obtaining matched funding.

Their representative told us that in the other regions where they operate, such as London, Birmingham and Coventry (and of course RoI), they have received grant aid. That makes NI the only part of the UK and Ireland where this has not happened.

ESB currently operates charging infrastructure in London, Coventry and Ireland and has started a project to develop charging infrastructure in Birmingham City. In all of these projects the project partners have accessed government supports either via UKs Office of Low Emission Vehicle (OLEV) funding or Irish Government’s Climate Action funding to enable the projects. The GB projects have been used to facilitate the electrification of the taxi fleets in those areas as well as the wider uptake of electric vehicles.

Further investment is required to improve reliability and ensure adequate CCS coverage on the network. We have a plan in relation to this, however, the business case for this investment is very challenging and we believe that there should be a subvention to assist with this investment as well as creating a sustainable ongoing investment model where drivers ”pay to use” – similar to all other projects that we are involved with in Ireland, London, Coventry and Birmingham. ESB are engaging with key stakeholders in relation to this and we will keep you updated on our progress.

Reading between the lines ESB seems unsure why our Councils and local Assembly are not applying for OZEV grants and other funding that has been successfully obtained by other regions.

We asked about their plans for taking payment for charging in the North and they told us they will not turn this on until proper replacement hardware is in place. We also asked them about Service Level Agreements and they confirmed they have SLAs in place for their other new networks.

We’ve been lobbying since 2016 and have never been more disheartened about the state of our charging network.

We would have expected to see some competition here by now too, but despite being in contact with most of the well known operators – who are all making positive noises about NI – nothing has appeared.

While ESB are the butt of most people’s anger, they do appear willing to get the job done, if NI comes up with the money (like everywhere else). But we are disappointed that during our latest engagement, they were unable to give us any time scales at all for the urgent repair and replacement work required.

The status quo simply cannot be allowed to continue.