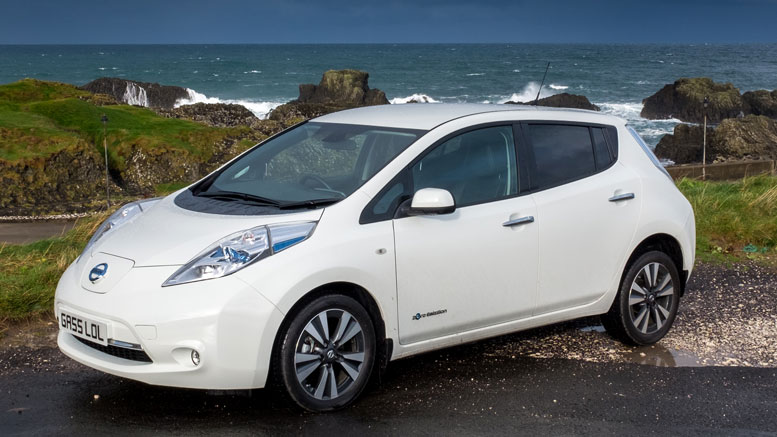 A social media post a couple of weeks ago asked Leaf owners for the one thing they’d like to see in the new model coming this Autumn. It got me thinking about our time with the car so far, so here are the top 10 things I’d like to see changed or added (excluding the obvious stuff like longer range, bigger battery etc).

Check out my top 10 best things about the Leaf too.

One of the best things about an EV is the one pedal driving experience. However sometimes when you do have to go for the left pedal in the Leaf the results can be inconsistent.

When the battery is full and there’s no where for the regenerated energy to go you’ll feel the brakes much less effective as you’re relying only on the mechanical friction brakes and not the motor acting as a generator. The difference between the friction brakes and the ‘regen braking’ means I now I know how modern Hybrid F1 car drivers feel when their brake by wire is on the blink (yeah I really did mention the Nissan Leaf and F1 in the same sentence) 🙂

On other occasions where the battery has not been full, I’ve gone for the brakes and found them very slow to respond, I wonder if travelling for miles without having to use them leaves them too cold to work well initially? Then at other times they can be ‘snatchy’.  All in all just pretty unpredictable.

The other problem here is that the brake lights don’t come on at all when you are ‘regening’, unlike other cars such as the BMW i3 or the Teslas for example. This leads to following drivers quickly ending up sitting very close to your rear bumper as they understandably don’t realise you’re slowing because of the lack of brake lights.  I’m surprised Nissan get away with this to be honest as it seems quite dangerous.

It seems very odd that these cars (especially the range topping Tekna) don’t have parking sensors.

I’d rather have them than the camera to be honest and it feels like it’s only a matter of time before I reverse into something after years of having cars with the warning beeps. Parking sensors should be an option at least in the new Leaf

Wow the app is terrible, usability, information and the speed connecting to the car is terrible. This whole area is all terrible. Have I said it’s terrible? Come on Nissan, you can do sooo much better than this. Other manufacturers have similar issues, but a few have really nice apps, definite improvement needed in this area for the new car.

Auto makers please stop trying to develop your own UIs when all we want to do is mirror our latest smartphone to the cars display.

The piece of tech in our pocket blows away your sad attempt and we replace it every couple of years unlike our cars. I understand this isn’t available in quite a few cars, but this MUST be considered in the new 2018 model.

5. Not Having to Agree to T&C Every Trip

Uggg. Every *#^@& trip you take you have to press OK on the touchscreen (or some other button) to agree to the telematics terms and conditions. This is rather annoying after your first 500 times. I accept Nissan, I ACCEPT.

I don’t mind the little gear lever in the centre console, but after driving the Teslas the stalk at the steering wheel makes even more sense and would give more room for my next suggestion below.

I’m not a smoker, but I still want a bin or cubbyhole with a lid on it for papers and other rubbish in the car somewhere.

This isn’t my idea, I read it somewhere, but think it’s great. Instead of the Leaf defaulting to non-Eco mode, change it and make the car default to it instead (shouldn’t a car like this default to Eco – or at least offer the facility to chose the default). Then rename the button that switches out of it to ‘Sport’ or something. It really feels like a performance mode if you normally drive everywhere in Eco 🙂

The traction control seems easily flummoxed. The car constantly spins one of the front wheels when you try to emerge from a junction quickly with some lock on. There seems little excuse for this in an EV where feedback and torque vectoring should be way easier and faster that with a ICE car. This cars competitors seems to have less issues, Nissan the new car needs to fix this or you will drop behind in the driving experience area.

The Leaf is a ‘value’ proposition built to a price. Even so the interior of the Tekna is generally a nice place to be but there are a few exceptions.

There’s a ridiculously shiny and and easily scored piece of plastic that surrounds the ‘gear’ lever. It looks good for the first 5 minutes you own the car then turns to a scratched eye-sore.

Another odd thing I’ve noticed is that the drivers door card moves in and out as you put the window up and down. Weird. Some minor and inexpensive improvements in this area could make a world of difference.

Have I missed your biggest bugbear with the Leaf? Let us know in the comments below.