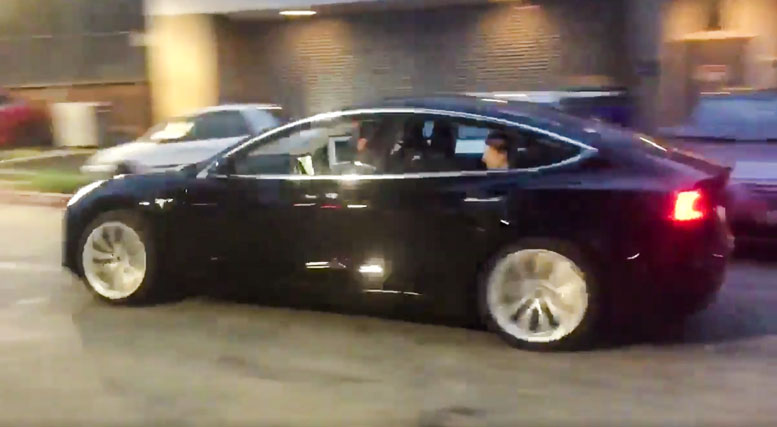 For those that don’t know, the Model 3 production appears to have jumped the normal Beta testing phase and moved directly to Release Candidate production, which means Tesla appears to be accelerating towards the actual launch, with some speculating that the Final Reveal (part 3) will actually be the launch.

It’s very short and the dark colour of the car doesn’t help, but the front appears to be tweaked from the cars shown during Reveal 1, the interior is only briefly shown on passing, but may indicate a taller screen in the centre (Which may link to another Tweet pointing to single centre only screen!) and finally it’s hard to see what changes have been made to the boot opening, but close inspection shows it looks wider than previously shown.

Anyway here’s the tweet from Elon with the embedded video.

First drive of a release candidate version of Model 3 pic.twitter.com/zcs6j1YRa4