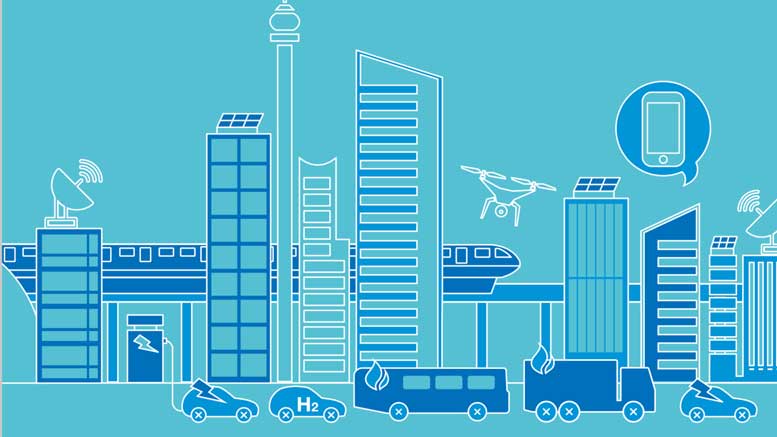 Earlier today the National Grid streamed a live presentation launching its Future Energy Scenarios (FES) 2018. This is their annual report that trys to predict the UK’s energy requirements over the next 30 years.

We’re preaching to the choir here, but you won’t be surprised to hear that all scenarios predict strong growth in EV’s between 36 milion and 34 million by 2040…

If the Government’s transport aspirations are met, then by 2040 there will be 34 million electric cars on the road requiring about 60TWh of electricity per year. All our scenarios assume strong growth in EVs. In all our scenarios, peak demand from EVs is managed through smart charging. This behaviour is more evident in our two 2050 compliant scenarios, reducing peak demand by 8GW in 2030. By 2040 this saving would stabilise at 32GW.

We believe that the majority of chargers will be smart. Smart chargers will enable vehicles to avoid charging at peak time. In addition, a number of energy suppliers have launched EV specific tariffs that have a time of use element. As a result, we have significantly increased the consumer engagement levels for our two slower decarbonising scenarios of Steady Progression and Consumer Evolution.

…evidence gathered suggests that the introduction and take-up of automation in vehicles will not be as rapid as we thought last year. This means the effect of removing vehicles and replacing them with fewer automated shared vehicles in our scenarios is only significant post 2040.

In the two 2050 compliant scenarios, plug-in hybrid EVs (PHEV) are used as a stepping stone to the take-up of pure EVs (PEV). PHEVs reach a maximum of 3.8 million in 2047 for Community Renewables, and 3.5 million in 2045 in Two Degrees. In both these scenarios there are no new conventional ICE cars sold after 2040 and they are totally removed by 2050, in line with the Government’s aspiration. However, some PHEV are still on the road by 2050 and they still emit some carbon.

Other interesting points across the various scenarios include…

You can dowload the 2018 FES document here fes.nationalgrid.com