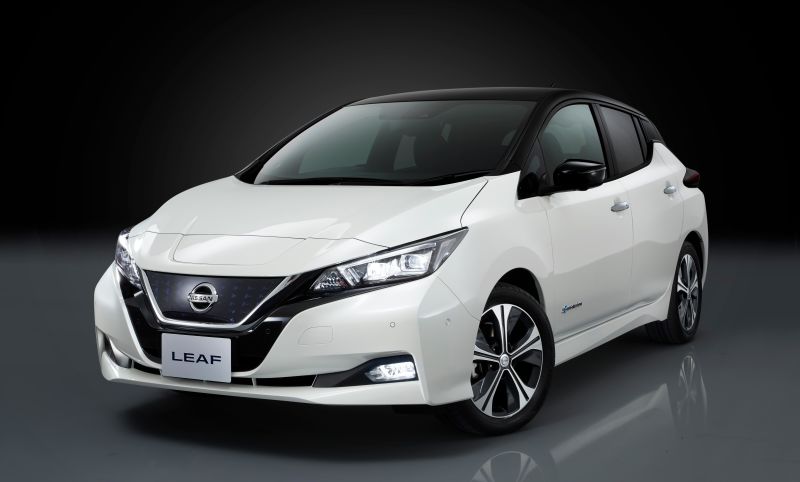 Since I was performing Dads taxi duties for my daughter at 1:00am I was awake for the new 2018 Nissan Leaf launch, so here are the relevant points from the presentation.

First of all the presentation start was pretty slick! with a projection onto a large box room, with two real cars driving around presenting key features like Pro Pilot on a 3D projected space.

They opened with a statement that the new Leaf is not just an EV, but part of the ‘Nissan Intelligent Mobility Portfolio’. Marketing much?

There was particular mention of 300,000 Leafs sold in 49 Markets with 3.5 Billion kilometres driven with zero serious battery issues, the existing Leaf is the worlds best selling EV.

Nissan chose to target Tesla directly in presentation, pointing out their 84 year car track record. which puts them in a better position. Well, that remains to be seen.

The presenter said the New Leaf is the future of Nissan, Right car, Right technology, Right time, It just happens to be an EV!

Impressions of the car? Well the recent renders basically nailed it, while the shape is still recognisable as a leaf from the side, it’s much better looking than the outgoing model, although I have to admit I honestly have grown to …. not hate the old model!

It looks a lot like a larger new model Micra, which is a good thing as the New Micra is a great looking car. Although the bonnet line and charge flap looks a little odd to my eyes. Overall though, a much improved looking Leaf.

The interior refresh again brings improvements, the old Leaf was not a bad place to be, but maybe felt a little dated. The new model is more pleasing to the eye, Its not a massive step forward for the interior, but nice touches like the full LCD dash are nice, also included is a 7 inch TFT Touchscreen controlling the infotainment system which supports both Apple Car play and Android Auto.

Deliveries will start in Japan on October 2nd with global launch in the beginning of 2018. There was a brief mention of a longer range higher performance model being introduced late 2018 too.

No performance figures released, but likely to be much improved on existing Leaf

Cost not released yet but mentioned as ‘comparable’ with current model ?