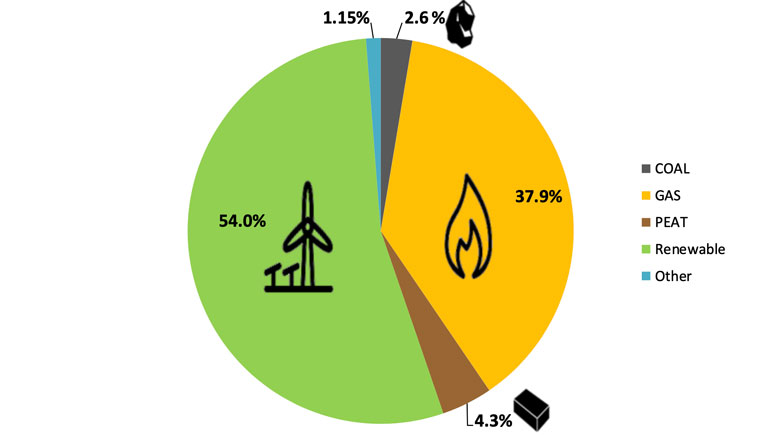 It’s been a year since we last looked at the fuel mix used to create our electricity.

So what was powering your EV in 2019? Renewables have grown and now represent more than half of all the electricity produced at 54%. Coal fell once more, down from 6.8% the year before to just 2.6% in 2019. Gas remained around the same and along with Renewables it’s now a two horse race. Here are the all island figures and graphs for 2019…

A longer-term trend is shown in the following graph, indicating that the overall use of fossil fuels as a fuel source for electricity suppliers in SEM has decreased on average from circa 89% in 2008 to 46% in 2019. Correspondingly, the overall share of renewable fuel sources has increased fivefold from circa 11% in 2008 to 54% in 2019. From 2018 to 2019, the share of renewables in the average All-Island Fuel Mix increased from 49% to 54%

This table can help inform your choice of supplier. This year the table also includes carbon dioxide emissions in grammes per kWh for the first time and there’s a huge range from the lowest at 0 to the highest at 417 gCO2/kWh.