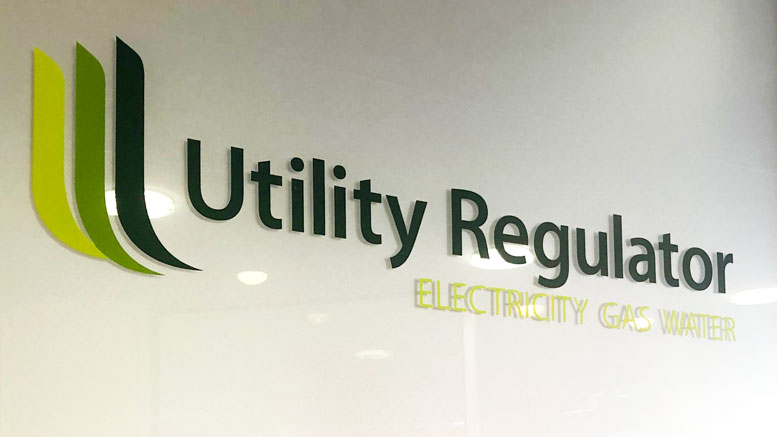 Following on from our recent meeting with ESB, on 22nd January we also met with the new Chief Executive of the NI Utility Regulator, John French, along with his colleagues Tanya Hedley (head of Networks) and Neil Bingham.

Although they have no direct role in EVs or transportation, they regulate the electricity market and the two electricity network companies in Northern Ireland, NIE Networks and SONI. It’s the UR who recently resolved the Max Resale Price issue for chargers in NI, taking us a step closer to a market for EV charging here.

We had a productive meeting, however one issue came up again and again – the NI Energy Strategy, or lack thereof. Three years without an Executive in Stormont meant that the previous Energy Strategy expired in 2020 with nothing ready to replace it. More on this below.

One area the UR have strong influence is connections. In NI, anyone connecting to the electricity network must pay the entire cost of the connection, including any strengthening of the network – whereas in GB, the connectee only pays for part of these costs. For anyone looking to connect a rapid charger, this difference could be substantial, and it’s putting off a lot of the major players in EV charging from establishing here.

Under the UR’s current remit, to reduce costs and protect consumers, they cannot justify changing this as it would move part of the costs onto consumers.

Decarbonisation does not form any part of the scope for our Utility Regulator. Their GB counterpart, Ofgem, have a remit to protect consumers AND work with stakeholders to deliver a net zero economy,

There really is very little the UR can legally do to promote decarbonisation until Stormont changes this. Since the re-establishment of the Executive last year the Department of the Economy have been working hard (along with the UR, SONI, NIEN and industry) on a new Energy Strategy and will be publishing this in a draft form in March for consultation. The UR pointed out that the best way we can influence change will be to respond to this consultation.

Nothing moves fast in NI, and we are going to have to suffer the current network for a while longer before things start to change. The one glimmer is that the last energy strategy was quite effective – it had a target of 40% wind generation by 2020, and we are now well over that target. Plus we’re so far behind on other areas at this point there should be plenty of opportunity to learn from the mistakes other jurisdictions have made.

Aside from the Energy Strategy, the UR are well aware of the scale of the task of connecting the projected 400,000 EVs in NI by 2030. They have allowed NIE Networks money in their budget for strengthening the networks to allow EV charging, and they are working with them on improving metering for selling surplus solar generation.

No Barrier to Entry

We brought up Octopus Energy and asked the UR what that barrier was to a supplier making a similar agile tariff available in NI. They stated that there are no regulatory barriers and that a company like Octopus could set up here (once they applied for and received a licence to do so) if they wanted to. The size of our market may put them off, but according to them, there’s no regulatory or legal barrier.

When the rest of the UK pushed for the rollout of smart meters, the NI held off. The UR see this as a good thing – we may have dodged a bullet with the issues of the 1st and 2nd generation of smart meters – which they pointed out aren’t all that smart. Meters which allow smart pricing and two-way communication for DSR (demand side response) – which could in theory help make use of otherwise wasted wind power – aren’t there yet. This will have to form part of a wider discussion about wind curtailment and the future of the network with NIE Networks and SONI. Yep, you guessed it – Energy Strategy again.

So everything comes down to the Department of the Economy, Minister Dodds, and Stormont. Until the new Strategy is in effect, anything else will be a sticking plaster. We await the publication of the draft strategy in March and will respond to the consultation when the time comes.

Thanks to the UR for meeting with us. We have agreed to meet again later this year.