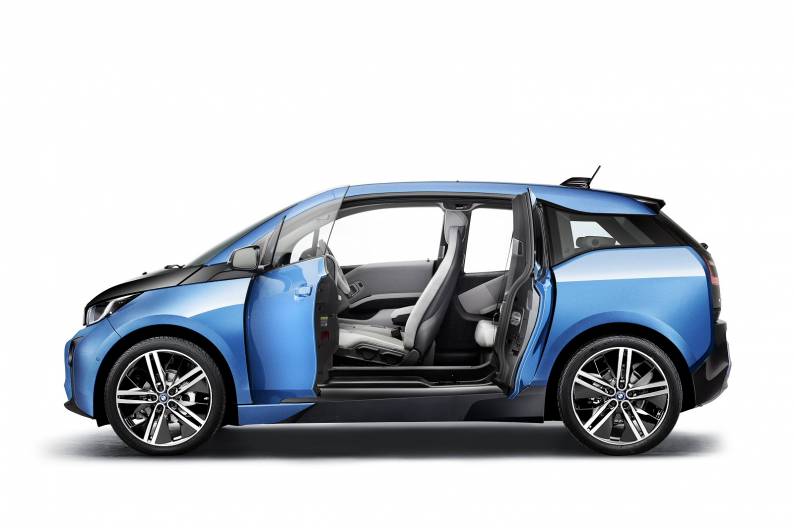 So, the BMW i3, quirky, futuristic or just plain ugly?  All very subjective, but as they say, beauty is in the eye of the beholder. In my eyes, futuristic and interesting, in my wife’s eyes ugly…. just plain ugly, at least initially.

From the outset I knew this was going to be a hard sell to my wife, as when I floated the idea of an i3 she wasn’t exactly enthused,. But I’ll start with the dealer experience, right from entering the dealership to the appointment to pick up the car, it was all very well handled. The BMW i specialist was really good, young and not overtly sales, explaining in detail those aspects of the car that are important, the likely real life range and the REX capability, really impressed so far.

I’d booked the car from a Friday morning until Monday morning and I was in typical kid before Christmas mode, excited at this step into the future. While all 3 of the cars I would test are electric only vehicles, the i3 was designed from the outset to be electron powered, whereas the Leaf and the Zoe are modified chassis of ICE cars, adapted to be BEV’s. The i Specialist greeted me warmly, led me quickly through the paper work and got my signature on the insurance forms and then I was led out to the car. It was a Fluid black, i3 REX model, with the newer 94 Ah battery, 33 kWh in normal why introduce another confusing specification to confuse customers?), real life range, the i specialist was keen to point out, should be around the 110-120 mark, depending on how I drove it. Some basic orientation to the car, which admittedly was a little more than the other cars as the i3 is somewhat different to ‘normal’ cars, and I was away.

Initial impressions, high seating position and very very smooth, but the strong brake regeneration on lifting foot of the accelerator would take some getting used to, I thought. But honestly it literally took about 5 minutes, you just adapt to this as normal and by the time I pulled into the parking space at work 8 miles later I had largely gotten used to it, so much so that the concept of ‘single pedal driving’ I could see was a possibility. I’m not sure on the rear doors at all, I could see those being an issue in some circumstances and just 4 seats? Why BMW, there is room for 3 seats, just, in the rear, this seriously restricts the use, the boot while not massive is usable for most daily requirements and the front trunk (Frunk), albeit not waterproof, is perfect for storing the required charging leads that an electric car needs. Decent start, with a couple of issues only….

Now I believe, as EVangelists for electric cars, we should always take all opportunities to show anyone, who is interested, around electric cars, explaining the pros and cons and letting them experience the car. Some people will get the green aspect, some the potential for cost reductions, but I hope most just will see it as, hey it’s just like a really quiet smooth normal car and maybe even consider one in the future. Unfortunately for the i3, its looks and those rear doors only serve to draw attention to the differences, my work colleagues walked round the car, some laughing, some asking questions, but most were still really just not sure about the i3 as ‘a car’. So I took them on a quick run, ‘ooo its very quiet’ and ‘its quite quick isn’t it’ were the common categories of comments, from a passenger point of view the i3 was getting good feedback, but that usually ended with, but… the doors or but… the looks or but…. 4 seats only?

It was clear the i3 was going to be viewed as a ‘compromised’ car by most people and my wife was no exception, as I pulled into the driveway, I was greeted by my her shaking her head. Her initial impression, much like my colleagues at work, was negative and it was the same 3 things, the looks, the rear doors and the limited 2 seats in the back, but my wife had another annoyance, the interior, particularly the dashboard,which she laughing referred to as looking like a parcel shelf. I tried explaining the sustainability of the Kenaf fibres for large portions of the dashboard and door cards, but she just shook her head and said…. it’s not nice looking and I have to admit, the Kenaf fibre parts of the trim are my least favourite part of the car, they just look out of place and, to be honest, cheap looking in this car, even though I understand the ‘sustainability’ points about this material….. for me its a negative point.

But again the driving dynamics of the car really shone through for my wife, she really liked driving it, so much so when she had to go out later that night on her own, she surprisingly asked for the i3 and disappeared off down the road for a couple of hours without so much as a moments concern, ease of use and driving experience are clearly where this car scores well. My kids were similar to my wife, bad initial impression, softened by the passenger rides, my son in particular was surprised by the performance!

But how about range and charging I hear you ask, well charging first of all, the i3 has a CCS charging port, the Rapid charging capability is now standard in the 94 Ah car, whereas previously it was a cost option, the CCS socket is a dual port, with a standard type 2 port and an additional section below for DC rapid charging, this means the same port can be used for normal public charging and rapid charging. A bonus for me was the fact I already have a Tethered 32 amp (7 kW) type 2 charger fitted on the outside of my house for the Golf GTE, this fitted the i3 perfectly and meant I could charge the car for the next few days driving without any issue.

So to range, the i specialist informed me the real life range should be around 110-120 miles and the previous day I barely dented the i3 indicated range of 111 miles, as displayed on the slightly odd rectangular binacle, when I picked up the car.

I left the i3 on the charge overnight and when I got into the car the next morning, I reset the trip counter and mi/kWh readings to get an idea how well it would fair on the now indicated 125 mile range. My intentions were to drive to Newcastle, Co Down with my wife, have a walk around, a meal and drive home again, a distance of about 80 miles round trip from our house, interestingly 80 miles would be just outside the ‘normal’ driving range of the 60 Ah battery i3, a colleague in work who has one of the original i3 cars cites a likely range of 70 miles. So I intended to drive the trip entirely without concern for the battery, range anxiety would not be present! Note: I did however review the chargers available in Newcastle, just as a backup of course.

So how did the trip go, for personal reasons I went via Lisburn, so increased the trip distance a little to 85 miles, I drove normally, mostly in Comfort mode, but the odd time switched to Eco Pro, which dulls the throttle response and limits maximum speed, I was certainly not trying to hypermile but also not feeling concerned with overtaking etc.

It was a brisk very pleasant drive, I’d say serene in fact, the car is supremely quiet, the music on the radio was low and just added a nice background sound because the car was so quiet. The drive to Newcastle went without incident, I didn’t feel the need to think about charging as the range available was still significant and as I pulled into my driveway at the end of the day, I was indicating a trip distance of 85 miles with an expected range left of 52 miles. So a total 132 miles at a consumption of 4.1 miles/kWh. I was staggered, I didn’t really believe I would achieve, never mind beat the ‘real world’ range of up to 120 miles the i Specialist told me. now the car I had was a REX model, but I don’t believe the REX ever kicked in, but I can’t be sure as the REX part of the range, indicated separately, seemed to go up and down depending on how I was driving, but i believe i would have heard it as the radio was only providing low background music.

We did other trips over the weekend, ending up driving over 300 miles, my wife easily achieved 4.5mi/kWh rather annoyingly beating my 4.1mi/kWh, I was always harder on the battery as the initial acceleration is so very addictive! But even so you would have to be really pushing hard to get lower than 4 mi/kWh.

By the end of the weekend my wife’s view of the car had softened, she still thought the doors were stupid and the dashboard Kenaf fibre part was horrible, but the exterior looks of the car had grown on her, not to the point of liking it, but tolerable she said.

The doors are a frustration however. In case you don’t know, the rear ‘suicide’ doors can not be opened without first opening the front door, this is not usually a problem as it’s normal to have front seat passengers, however in the case of children my wife had an issue when she took my daughter and her friend a run to the shops, they opened the front passenger side door, happily opened the rear door and climbed in the back, then shut the rear passenger side door, all good so far, but this left the front passenger door open…..meaning my wife had to get out and go round to close the door.

Now this is no different to a 3 door car, but we haven’t had a 3 door car since having kids, so it felt quite annoying to say the least. This of course happened in reverse upon arrival at the shops, my wife had to exit the driver side, walk to passenger side and open front door, then the kids let themselves out and she closed doors and returned to drivers door (wanted to let the kids out passenger side to avoid then exiting onto an active road), I dare say you would just get ‘used’ to it after a while, but it seems like an oversight for a modern car.

We can also see using the rear doors in a tight car parking space could end up with everyone standing in the triangle of doors with nowhere to go, not ideal. This issue is explored in the following review on edmunds.com, picture below courtesy of this review.

My view on the car was much more positive, I loved driving it, I liked the quirky futuristic exterior and the modern feel to the interior (Kenaf aside), it’s really like no other car, in a good way for me, I really could see myself driving it. The doors remained an issue however, even if i suggested we treat it like a 3 door car, it’s really no different, but that wasn’t really accepted by my better half.

We will discuss all the pros and cons across all three cars jointly to allow fair comparison in the part 5 conclusions. Next time we’ll look at how our weekend went with the Nissan Leaf.