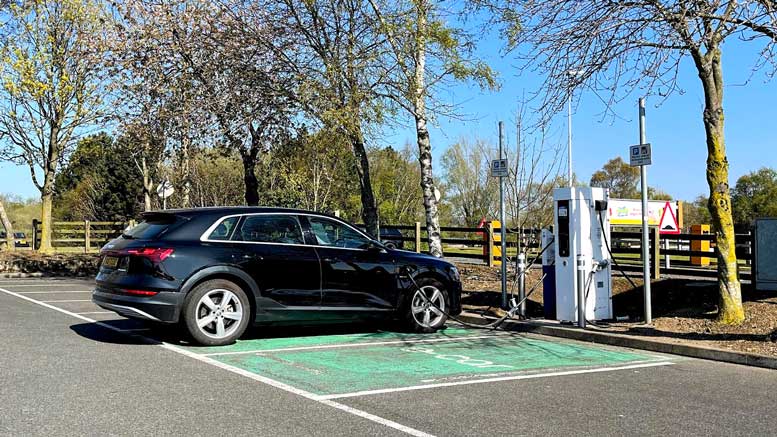 Our Quarter 1 meeting in January this year reflected our frustrations as the state of the public charging network in Northern Ireland reached an all-time low.

Last week we held our Q2 meeting with ESB representatives, including the new manager of ecars, John Byrne.

As some drivers here are actually turning back to diesel, directly due to the state of our public charging network, we asked ESB for an update on the broken Rapids and they told us…

Rapid DC Chargers: Five replacement Rapid chargers have been ordered and are due for delivery in July – they will be installed soon after.

In addition, there’s an update on the 30 replacement AC chargers and a pilot to test the new hardware in the North West…

Fast AC Chargers: Discussions have been ongoing with suppliers in relation to providing a specific design for replacement AC chargers. A design has been finalised and four pilot chargers are due for delivery in mid-May. They will be installed soon after. Locations to be confirmed before installation but most likely to be located in Derry. Following installation we would appreciate feedback from EV drivers on their experience using them. Provided the pilot is successful, we will then be ordering the remaining 26 chargers and installation will begin in the following months. A list of site locations will be provided in advance of works commencing and will be based on needs at that time.

Pay for Use in NI?

We asked ESB if they will turn on Pay for Use, at least for these new AC and DC chargers, to combat the ongoing issues with overstays and charger hogging…

Ideally the network would have much higher uptimes before “Pay for Use” was introduced on the network. However, given the strong views on this from EVANI, ESB ecars will look at the options available and whether this is something that could or should be done in the medium term. Any plans to introduce “Pay for Use” or an overstay fee would be flagged well in advance to EVANI by ESB ecars.

Between them, ESB and DfI have their hands on the levers controlling the away-from-home charging experience for drivers in NI. Our 6 Step Plan was published in February and identified matched funding from DfI to ESB as the fastest, most effective way of getting things back on track here and we referenced the Blue Green Fund as a possible source of the finance. So we very much welcomed this statement from DfI Minister, Nichola Mallon at the Committee for Infrastructure meeting on 21 April 2021…

…I have also said to my officials, through the blue green fund, is there potential there for my department to play a more proactive role in terms of supporting the improvement of the infrastructure, so I agree with you this is an area that needs significant improvement.

Discussions on-going with Department for Infrastructure in relation to funding requirements for charging infrastructure to both renew the existing network and cater for future EV uptake. ESB ecars to provide update on how this progresses in a number of weeks.

Is it possible that we’re on the verge of a breakthrough? We’ve been let down far too many times before over the last 5 years to get carried away. But maybe, just maybe.