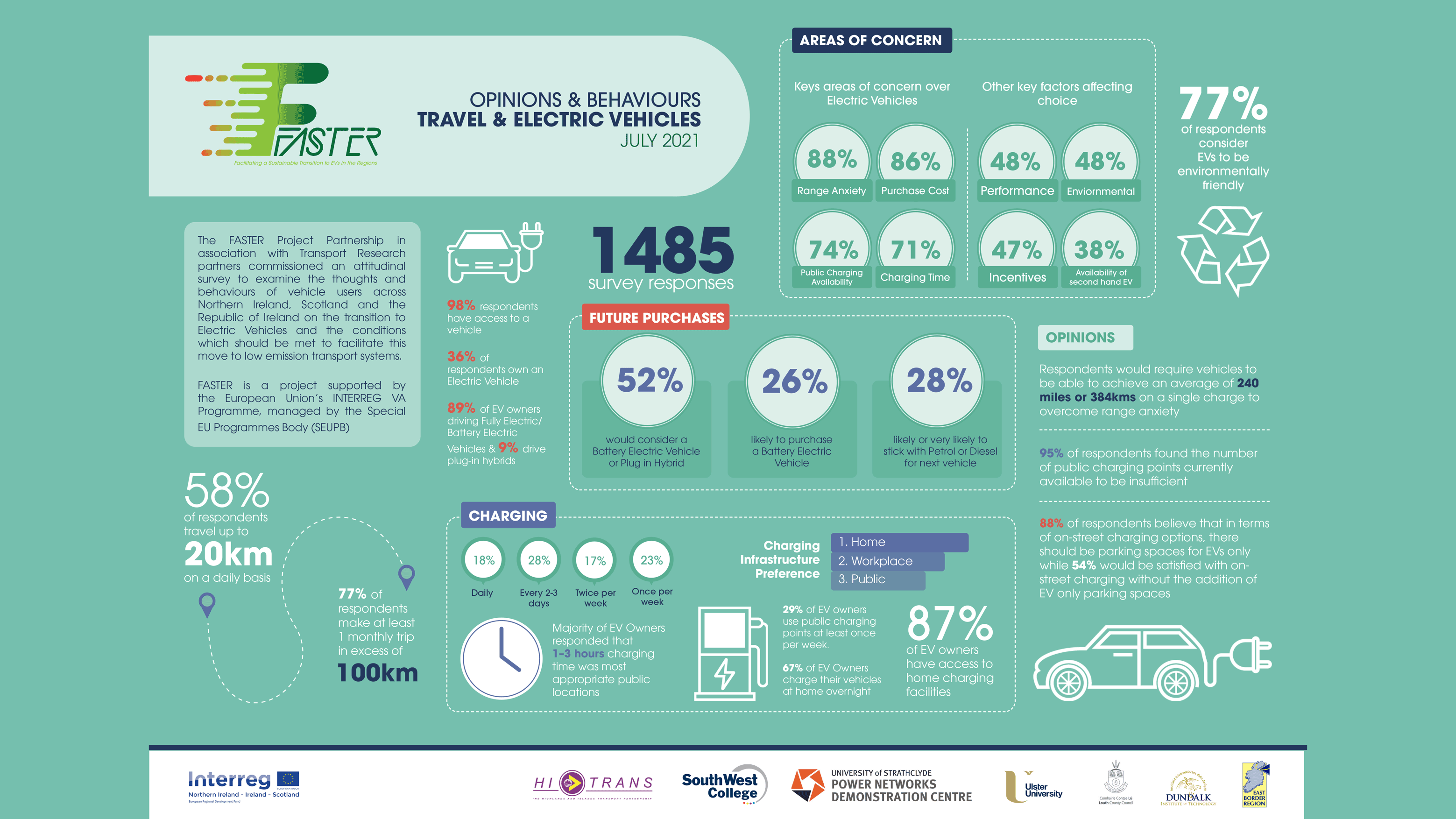 We are looking forward to the completion of this scheme which will significantly increase the number of Rapid Chargers in Northern Ireland. It is certainly the most notable project since the roll out of the network began here in 2011.

The Department for Transport publishes quarterly figures for EV chargers using Zap-Map data. The latest update (July 2021) shows that there are 21 Rapid Chargers in Northern Ireland (17 x ESB, 1 x IKEA Ecotricity, plus some car dealerships etc). With a population of 1.89 million, that means that we currently have…

So how will things look after the FASTER Project delivers these new chargers? Assuming there will be 24 new DC units, this will see Northern Ireland reach a total of 45 Rapids, which is…

So then, the project will more than double DC availability here.

The average for GB currently sits at 6.9 Rapids per 100K population, so we will still only have one third of that level, once the FASTER project is finished. Scotland currently has 12.0, so we will have one fifth of their rapid sites and still be bottom of the charging league in the UK. And of course that’s comparing things with today’s figures, the other regions will no doubt have expanded significantly by 2023, the year the FASTER Project will be completed in NI (May 2023).

By way of contrast to the diminutive level of spending on EV Infrastructure here, the video message from Graeme Dey, Scottish Government Minister for Transport told the gathering that…

“The Scottish government have invested over £45M in our electric vehicle charging network.”

We need to see many more ambitious schemes, like the FASTER project, in quick succession so that we can level up in Northern Ireland.

You can watch the video of the event from the Armagh City Hotel below.

As part of the preparation for the FASTER roll-out, a survey into EV attitudes was launched in the 3 regions. Northern Ireland punched above its weight here, with the highest per capita response rate. Some of the key findings of the survey are below along.

Transport Research Partners in collaboration with the FASTER Project partnership developed a public survey which was disseminated regionally in July 2021. Following an open public call and extensive supporting public relations and social media campaign a total of 1,485 responses were received.