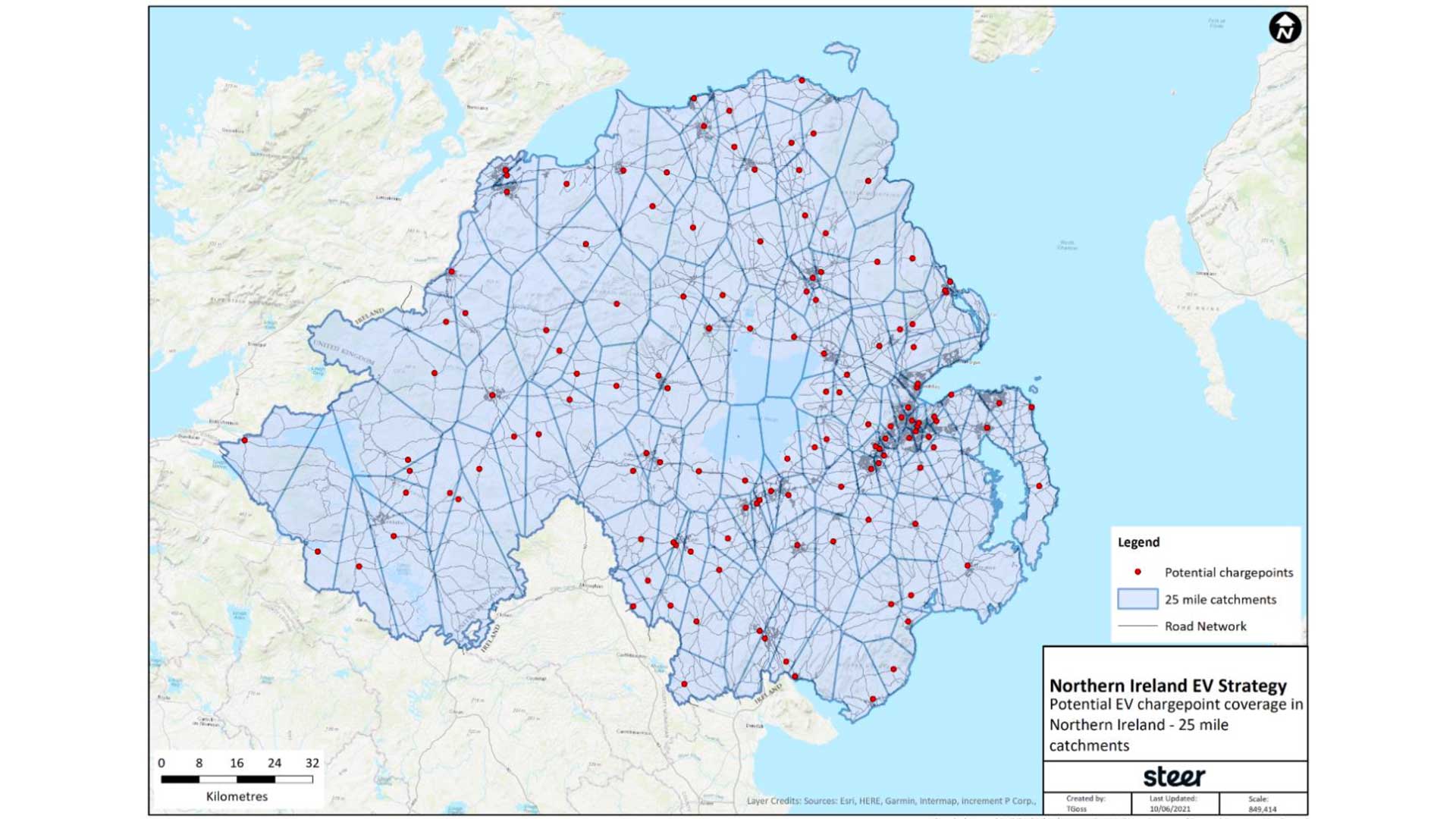 The EV report is dated 4th August and was made public on 17th December. Amongst the report’s key finding are the following;

The report considers how EV numbers will grow here, in 3 different scenarios, predicting an almost 10 fold increase by 2025 (going from around 6,500 as of Q2 this year, to 60,000). And that is this report’s most pessimistic scenario for growth over the next 3 years, that figure more than doubles in its most optimistic case…

Given the rural nature of the country and the high ratio of consumers who potentially have access to home charging solution, Northern Ireland’s infrastructure development should focus on developing the rapid charging network which will help EV user’s top-up their vehicles when required such as during long distance trips, and the urban areas where access to a home charging solution is not readily available.

The research looked at other countries and found that the charge point to electric vehicle ratio in the Netherlands was the best at 1:5. However, it discusses a much less impressive figure here…

In consideration of the charge points to EV ratio of 1:70, Northern Ireland would require roughly 1,415 public charge points in its network in 2025 (Addressing Climate Change scenario) to meet the potential demand from EVs compared to 337 charge points currently available of which, about two-thirds should be rapid charge points.

Even with that high ratio of 70 vehicles per charger, the report still finds that Northern Ireland will require almost 1,100 additional units by 2025. That represents a 320% increase over what we have today and with just 36 months to go, means 30 new chargers will have to be installed each and every month to hit that target. Backing this up is a similar figure from the T&E report from May this year.

While EVANI have always said that replacing the existing ESB network is the best place to start, we have also pointed out that this will only get us back to where we were 10 years ago. As is evident in this research, planning and funding future growth is essential.

That is a significant increase, and should take NI from 20 to around 130 in the next 18 to 24 months. There are currently no numbers from the Maxol project and there are other announcements expected in the new year too. However, the recommendation above from this new research is that two thirds of those 1,415 chargers required by 2025 should be rapids – meaning we are aiming for a target more like 1,000.

We are encouraged by these recent investment announcements as well as the findings of this DfI commissioned research. Especially its backing of our recommendation to form an EV Taskforce, which met for the first time last week, as well as setting real targets for 2025.

You can read the full report commissioned by the Department for Infrastructure here – Development of Electric Vehicles in Northern Ireland ref: 24038601